*** Disclaimer*** - Following are the author's own view ..it may not or may match with you ideologies
Not very long ago!!! War took a different name.. Countries are shamelessly funding terrorist organization and the acts of terrorism are now said as War against State.
Yesterday was a eventful day with Govt. and court of India finally gave guilty verdict against Azmal Kasab.. and whole media was busy reporting how he behaved and others.. but have u ever thought ..was he the real culprit ??? .. he shot three of the Mumbai Police ATS top brass, he hijacked railway station and he was caught alive....?? Police never catch terrorist who killed their top brass alive.. but let's see he was an exception... or may be he was just a Pakistani citizen in India who was under Intelligence scanner and may be or may not be a part of a sleeper cell.. or he was our own agent of our intelligence.. who surrendered there to save govt.'s face. The way he pointed his finger on safety of the gun.. it is pure military training .. and it can't be imparted by a year training... so either he was an Pakistani military or ISI or Indian scapegoat.. and what I feel every evidence of him was planted to create a diversion and that is the reason why I think India didn't attack Pakistan inspite of  being proved the terrorists were Paki citizens with Pak military training...because India doesn't have sufficient evidence. 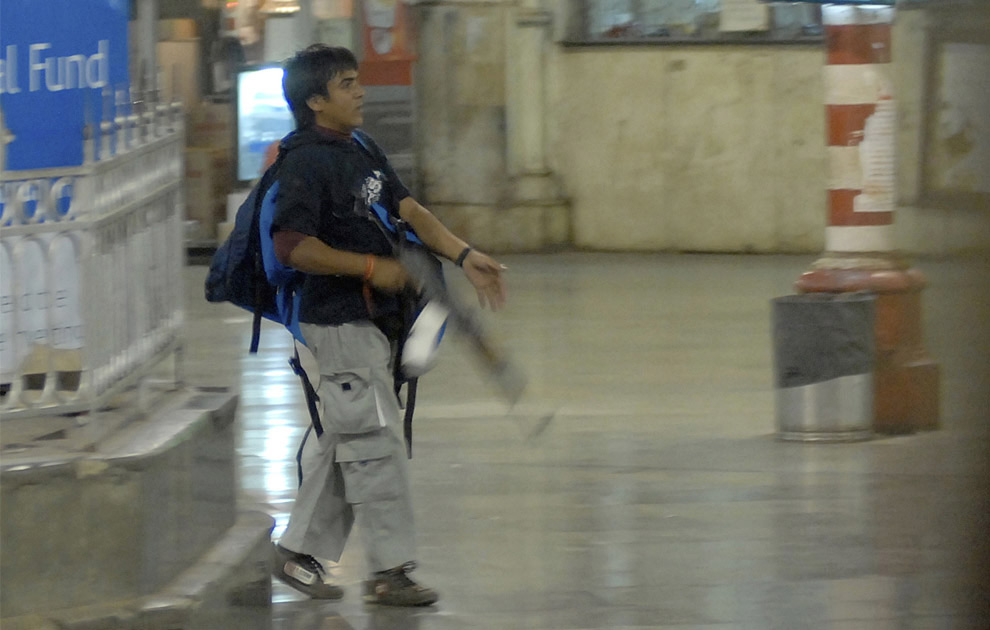 Even David Headley was all fabricated... he was a CIA agent and he was not rogue.. CIA is famous for this kind of operations throughout history.. Peace was prevailing between India and Pak and they have stopped the arms race.. so why the big brother the biggest arm dealer will let them do so?
Anyways that is just my speculation but if he is convicted of hanging .. lol.. it will be another mockery.. coz I don't remember when was Aftab Ansari was scheduled to be Hanged...
Now read the following new

New Delhi - The US Embassy in India has warned, on Saturday 05/01/2010, of possible "imminent attacks" by militants in the capital, Delhi, and advised US citizens to be vigilant. "There are increased indications that terrorists are planning imminent attacks in New Delhi," said a statement on the embassy's website. It urged people to avoid several locations popular with Westerners.

Kolkata - Anti-terror police units are on a desperate hunt to track down INDIAN Mujahideen - IM hideouts and neutralize sleeper cells said to be preparing for a major attack in the city media reports, on Friday 04/30/2010, said.

Terrorism has reached a new height, they are using latest technologies and we have a sloppy internal defense system.... like Delhi was in red alert state and there were 5 incident of mob lynching and two rapes in a moving car. So wat do u think the terrorist will come with a board in hand that hey I am terrorist.. catch me if u can.. they are trained to move blended in crowd and I am not gonna be talking about Kolkata..everybody knows what a sloppy police system is there....
Seriously we need to work on it..  and people have to be more attentive.. if u see something suspicious..call police .. or dial 100... think if a billion watchful eyes are there keeping an eye for you.. who will think of hurting you.....

This series is just a starting and soon I will be touching every terrorist organization's history and ideologies of India and abroad ..so that u can know that world war 3 is on.. only this time civilians are being killed ..
take care..